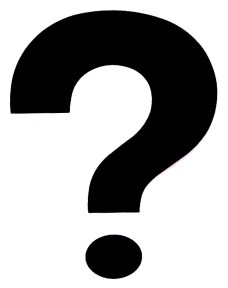 Around the world, people are starving to death.

Yet there are others with so much food, that they throw away they’re leftovers.

There’s some people with so much money that they don’t know what to do with it, then there are others with nothing at all.

It amazes me how some can live in mansions while others sleep in the middle of the streets.

Sadly so many blame the poor, saying there lazy, and don’t care about themselves. Very few realize these individuals were given nothing not, even a chance.

Why do we have a society that idolizes the rich, and blames the poor for our problems. Many times the wealthy are born into wealth and have no will to spread it. We sit by acting like things will change when they almost never do. All I see is things getting worse.

Corporations make things seem like they’re getting better when it’s time to vote, and go right back to the horrible things they were doing when the officials they want in office are elected. Senators don’t talk out to the public about what’s really going on. The Presidents never bring the change they promise. And all the people that seem to care are silenced.

We let criminals run our streets, and corporations control are dreams. We watch as the government poisons our food, water, and minds. We let tv raise are children and then act surprised, when they grow up violent, depressed, and in demise.

We all eventually ask “How did we get here?”, and “Why?”, but when we look back we see all the things that were taken from us and how beautiful things could have been. But no one really cared to provide, no one took the time to care about what was right.

We fall so deeply into all they’re lies, get scared to know the truth of what really is and what can be. They’ve turned education into a crime, they don’t want us to learn or care. All they want is for us to be in fear. Yet I rarely see anyone trying to create change, and when I do there in masses being beaten and shunned, by officers that were meant to protect us from harm.

Why is there no voice on media with our world in their heart? All I see is a bunch of people looking in their wallet, and they’re not thinking about you or me. They’re thinking about how they can control our dreams.

Why can’t we give the poor the means to provide for themselves the things they need? How many would be better with food in there stomachs and a hammer in hand? Or are we too far gone to build a future with peace? Or are we just at the point where were meant to fall to pieces?

It’s not like we don’t have the knowledge and ability to feed, clothe, shelter, and provide those in need with jobs. We just choose not too, and just accept the status quo.

Sometimes I just wonder who out there really cares, and who out there is actually willing to do something about it. Or if there is just too many who don’t care, too afraid and stuck in silence.